In Mauritania, they just call it le train. The locals speak of it with half reverence, half amusement. Throughout the country, people are fascinated by the unknown, this technology, the four American diesel locomotives. 2425 kW power per locomotive. That's ten Mercedes S-Classes. Or 3300 horses. Per locomotive! And for what all this power? For the experience, says the tourist. For the goats transport, says some pragmatic thinking resident of Choum. For our export economy, says the government. If the train is not fully understood, it is nevertheless accepted. In a sense, it represents routine in a country that is self-sufficient. The Arab-Berbers brought camels and Islam, the French croissants and le train. Nothing was lost, everything has become part of society. 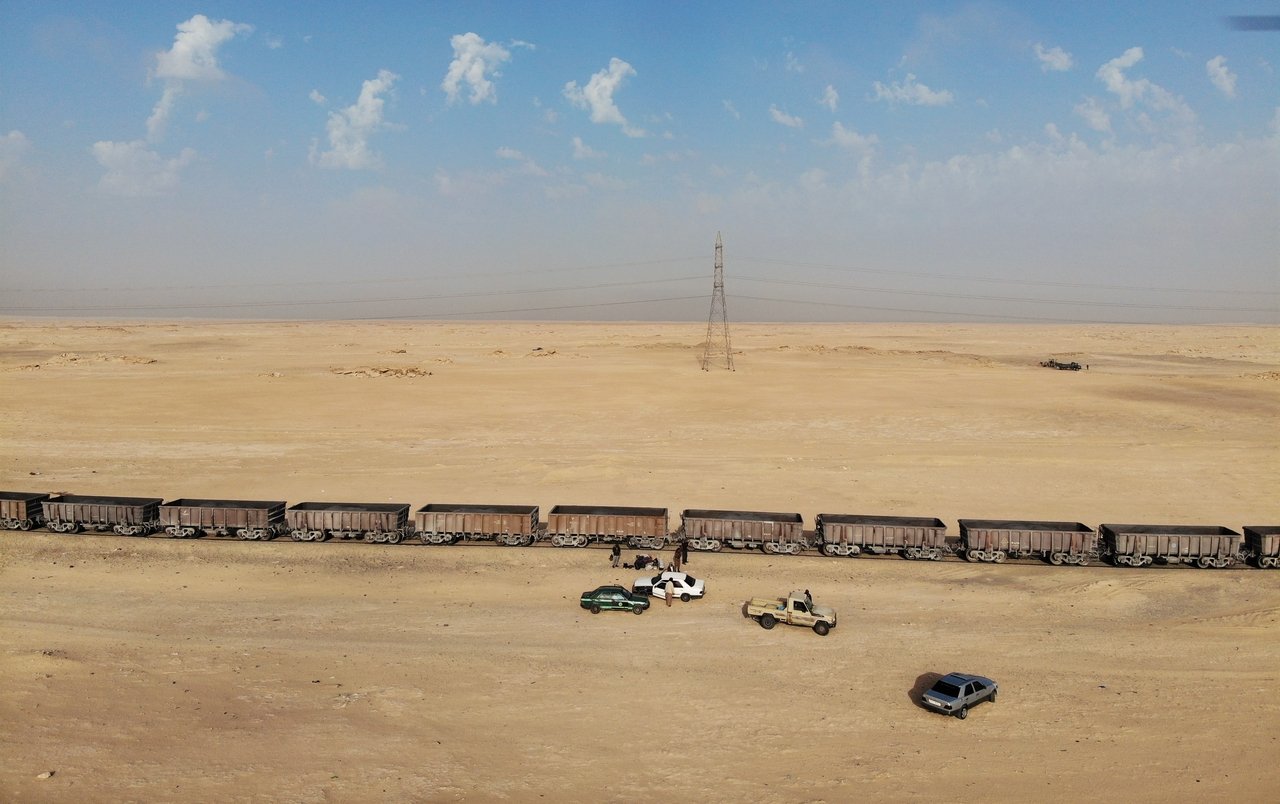 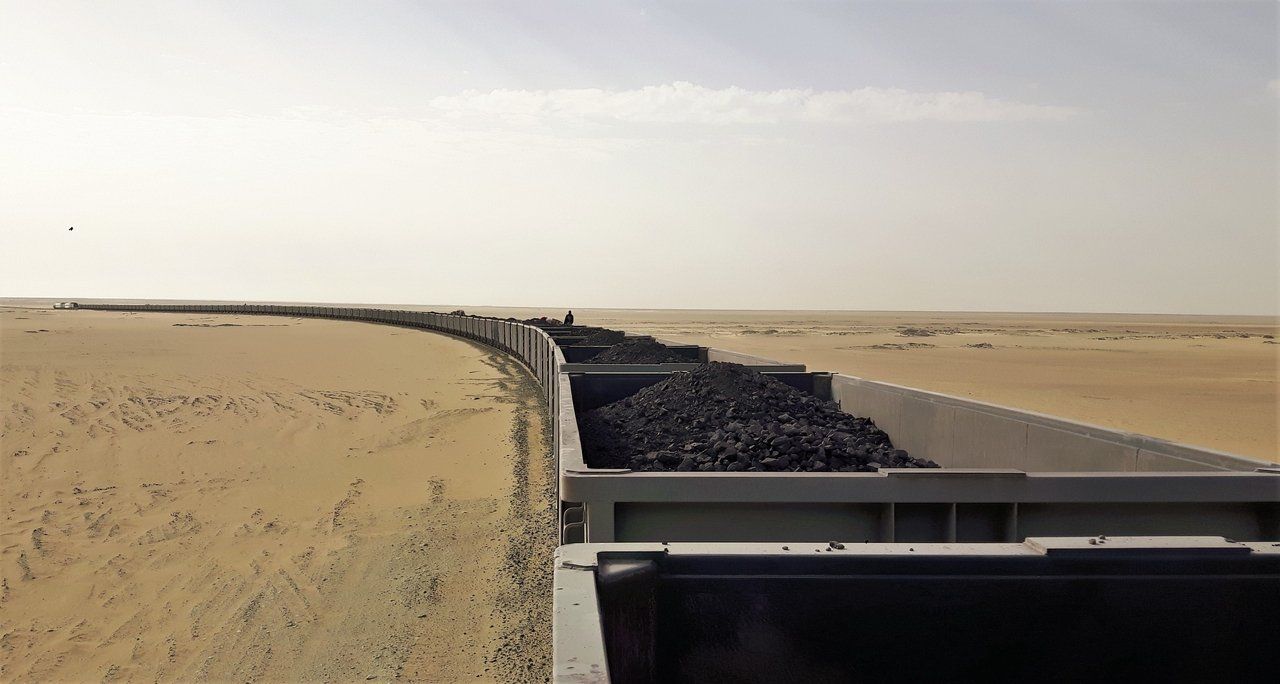 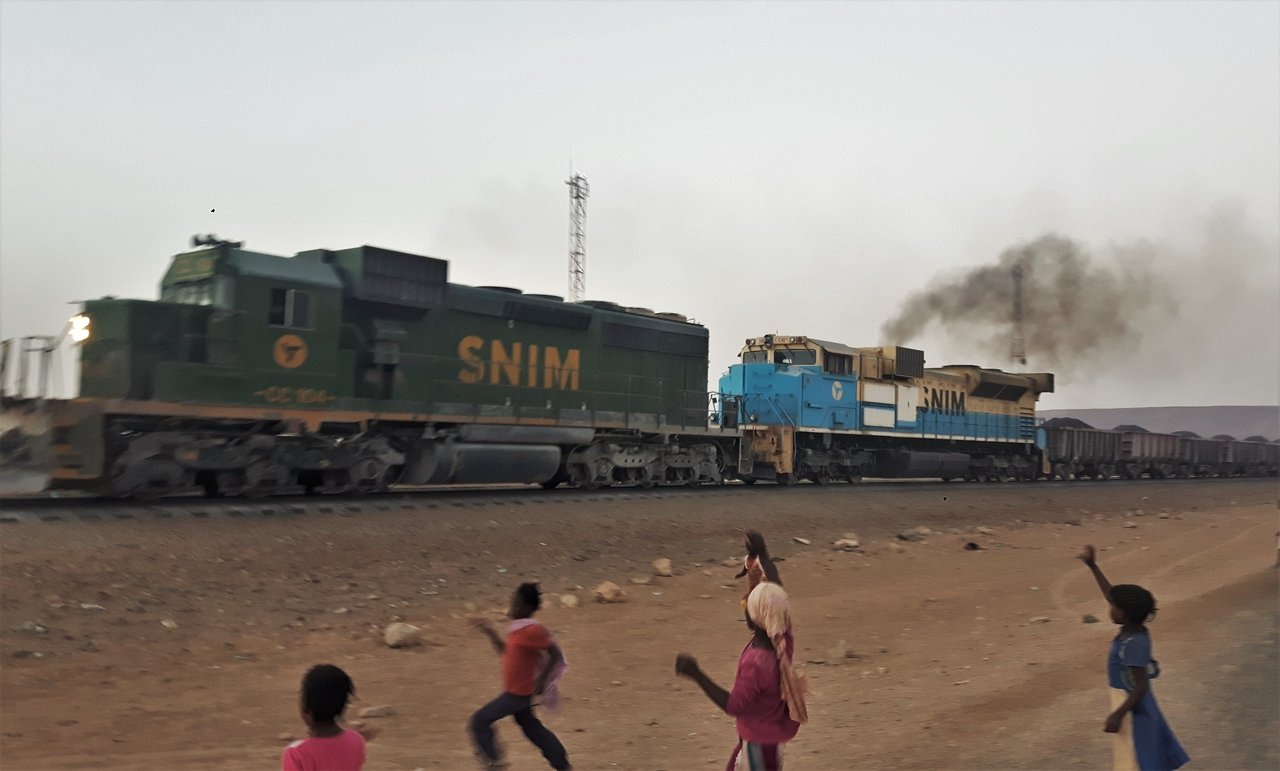 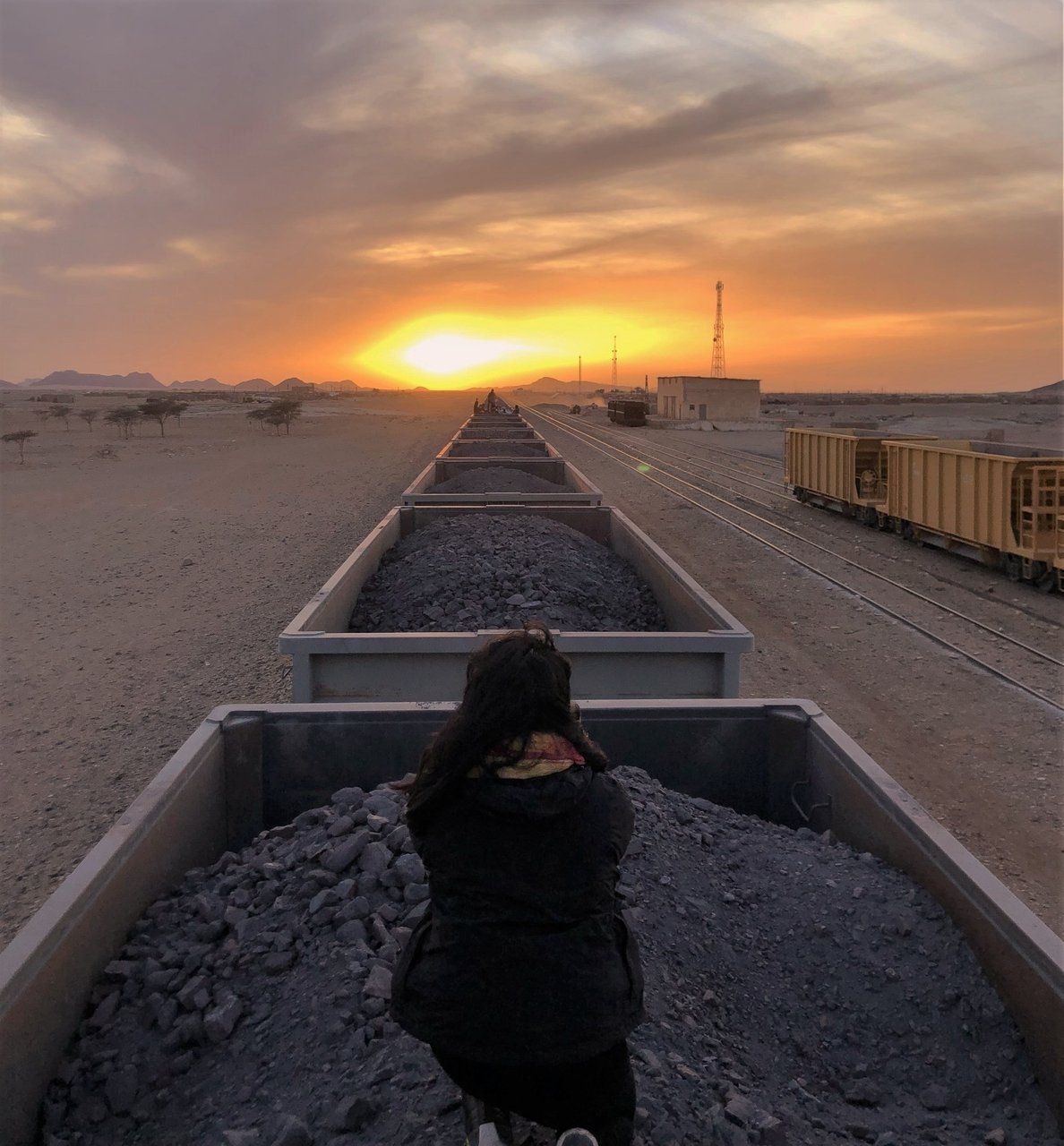 Size does (not) matter

The state-owned iron ore railroad runs three times a day from the mines in M'Haoudat in the north of the country to Nouadhibou, 700 km away - and back. From the desert to the coast, 695 km through Mauritania and a full 5 km through western Saharan territory. It is the only train they have. And it is enough, after all it is the longest train in the world. At least after the BHP Iron Ore Train in Australia. Or the Ore Export Line in South Africa. Or, or, or. Well, at least it runs every day. So officially, le train is the longest regularly running train in the world. 200 wagons, 2500 meters in length, 17000 tons in weight and 16.5 million tons of iron ore transported per year. And best of all, only one passenger car. But don't worry. There are plenty of seats on (!) the train. Instead of sitting tightly packed in thin air on wooden benches, there are 199 free open-air alternatives for the 12-hour journey. Here, everyone can really get on the train. And legally, too.

Bathe me in black

The promise of an adventure generates enthusiasm. But where there is adventure, there is also danger. Let's imagine this: You travel to a foreign country in the middle of the Sahel. You don't know anyone who has ever been there, let alone the language or culture. And then you buy a hauli (Mauritanian turban), mattress, mask, diving goggles and de-facto disposable clothing and drive into the middle of the desert. To be precise, to Choum - a village as eventful as an eight-day computer science course for PC laymen. There we wait for this monster, which arrives a good 6 hours late. Desert, dust, desolation. But then the earth shakes, a whistle sounds from afar and the whole world starts moving - or so it seems. Everyone is hurrying and running, lights and noise, the train in all its size cannot be grasped in the night. Nothing about it seems inviting, but the pilgrims create confidence. Luggage thrown aloft, once landed it is too late to turn back. Now it must go fast, the train can leave at any time. Seven rungs have to be climbed. Finally done. A place in paradise, the filthy salvation. And then they drive, the 13200 American horses. It's loud and jerky, the dusty iron ore blows in your face. Without the mask, the next day might feel like 30 years underground. After just a few minutes, you realize that there is no escape, that this wagon No. 116 will now be your fate for half a day. And it is... reassuring. It´s not that fast. At an average of 55 km/h, it's quite pleasant to ride on the cool ore powder. Hour after hour, at least until you have to. But even that can be managed.

And even during the ride, with the view in the direction of the starry sky, one thinks of the arrival in Nouadhibou, which is hot at midday. Everything is routine. The cargo is unloaded at the port, pressed into containers and shipped to America, France or China. And the human cargo? Shower instead of Atlantic. After all, you don't want to look like Lawrence of Arabia as a chimney sweep for the rest of your life. Or should we think about it differently? After all, the mines of M'Haoudat will one day no longer produce ore. Perhaps there will still be camels, croissants and sand in Mauritania. And with luck, there will even still be trains running here. But not le train. And once there are four American diesel locomotives in Nouadhibou's iron ore museum, the world will be a different place. Exhibition instead of experience. And we will only be able to tell stories - about goats, chimney sweeps and the sky above the Sahara. But until then, get dirty while you can!

Tours including The Iron Ore Train