Between Almoravids and the Erg Amatlich

Natural beauty or cultural heritage? Azougui is both. On the one hand, the place near Atar is of historical importance, on the other hand, it is a fascinating natural paradise. This is where the Almoravid dynasty originated, which at its height ruled an area stretching from Aoudaghost to Andalusia. And so already al-Idrisi, one of the most important Arab geographers, wrote: "Whoever wants to visit the lands of Sila, Takrur and Ghana, located in the Sudan, cannot avoid this city." That military and economic power went hand in hand with the promotion of theological studies, even in a dynasty as pious as the Almoravids, is not surprising. Still to be visited in Azougui today, therefore, is the tomb of the famous al-Imam al-Hadrami, who worked as a theologian and jurist in the 11th century. During a visit, one should not miss the impressive rock engravings. Therefore unsurprisingly, Mauritania is fighting for Azougui to be given UNESCO World Heritage status along with Chinguetti, Ouadane, Oualata and Tichitt. The site is now a modest yet sprawling village consisting of traditional tikkits and tents. From a tourist perspective, the visit would actually be worthwhile even if the Almoravids had never existed. The impressive landscape full of beautiful sand dunes on the edge of the Erg Amatlich alone is worth the trip. By the way, from Atar it is only a (4x4) stone's throw to Azougui. 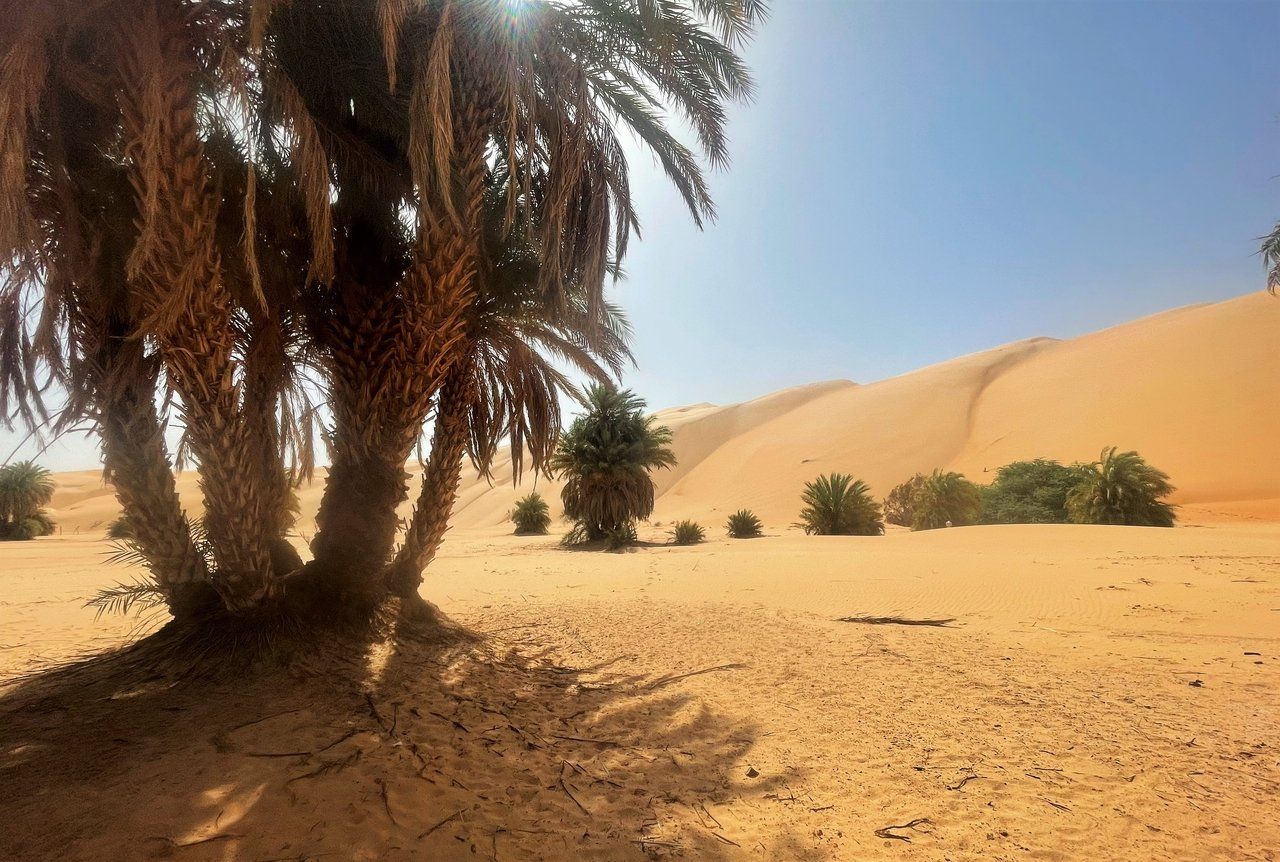 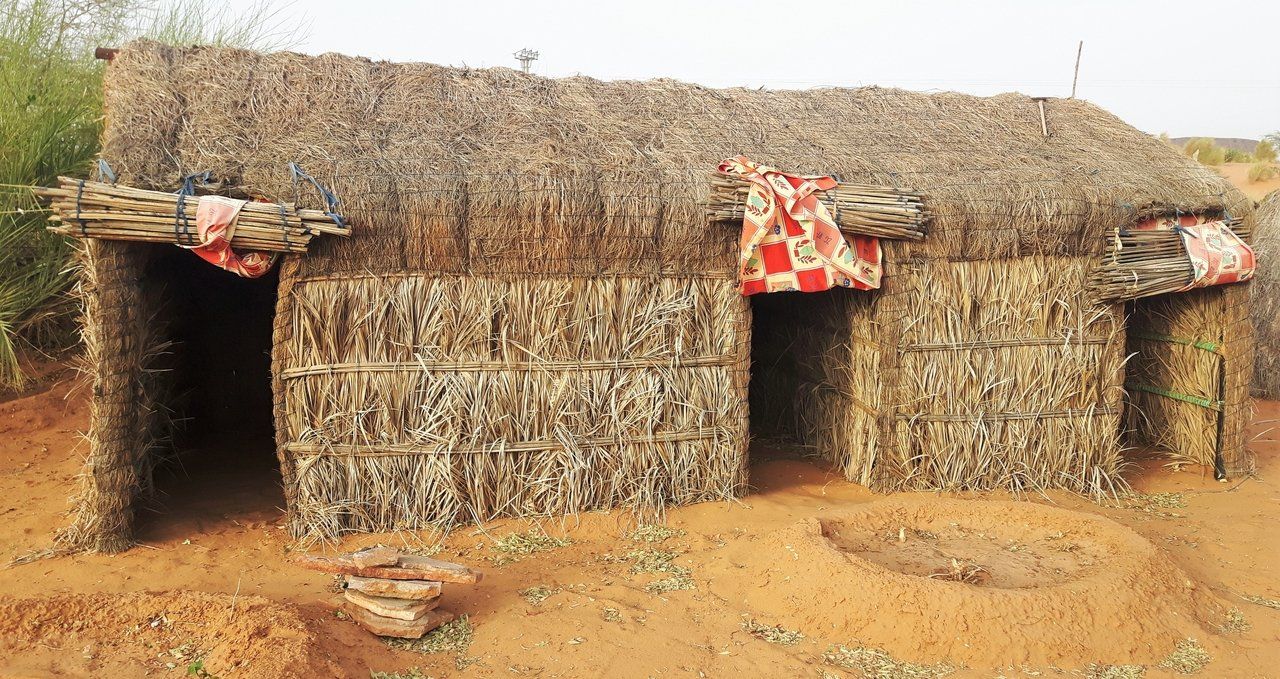 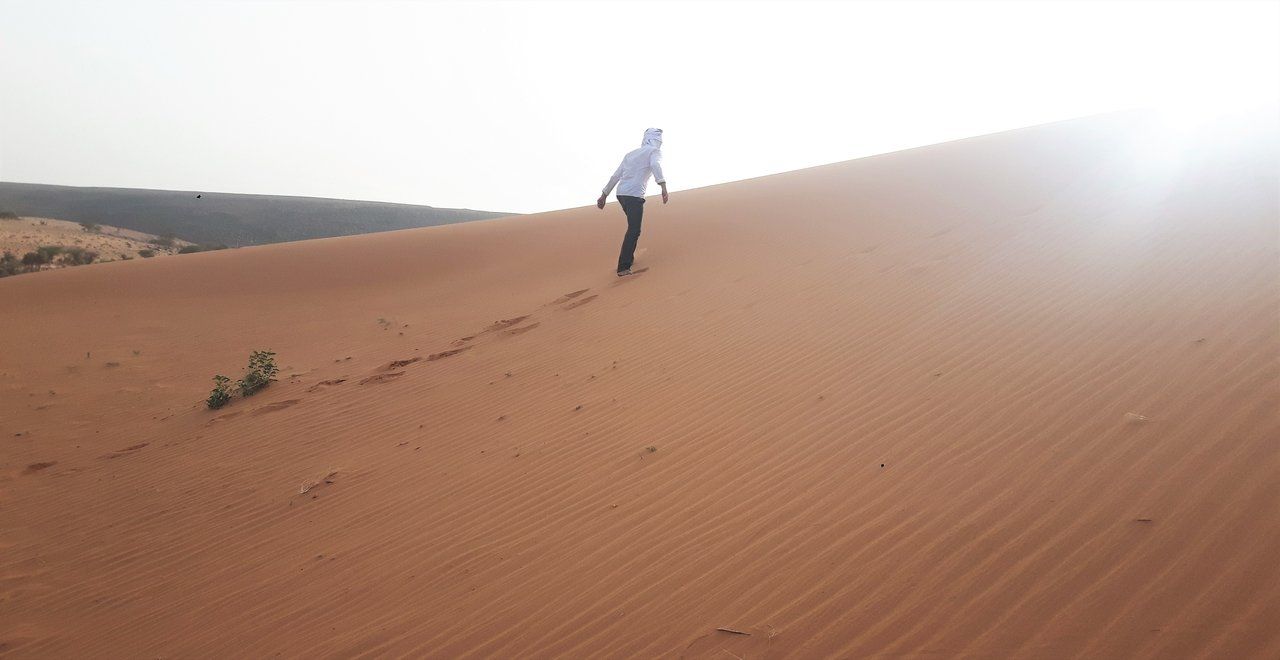 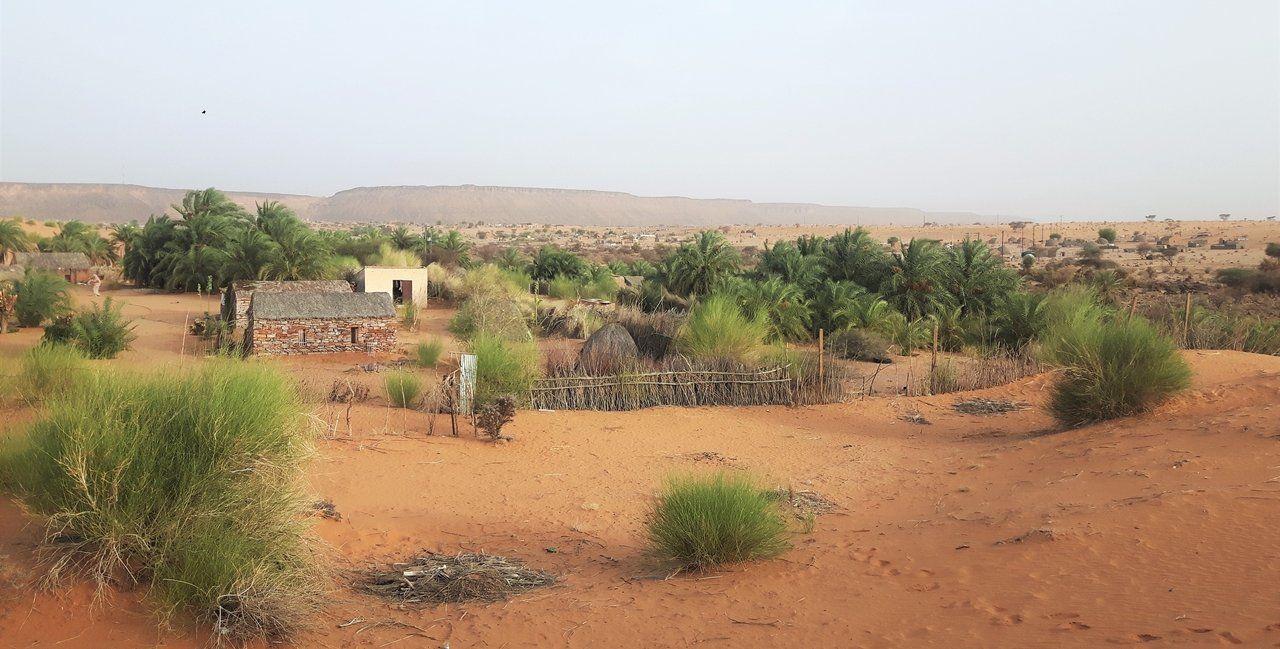 As is so often the case in Mauritania, the historical importance of Azougui is not immediately apparent. One could visit the village for the sand dunes, one could visit for an undisturbed look at the culture of rural Mauritania, one could take advantage of the village's versatility for camel tours or four-wheel drive excursions, or ultimately one could spend the evening watching the setting sun in the endless expanse of Erg Amatlich. All this could be done and we suggest everyone to do it if interested. But in Azougui world history was written and that is the decisive difference to comparable beautiful villages.

Birthplace of the Almoravids

After the dissolution of the Sanhadja tribe, which was so important for the history of Mauritania, there was a period of unrest in West Africa, from which the Almoravid dynasty emerged victorious in the 11th century. Here, by the way, the piety is already in the name. Almoravids comes etymologically from the Arabic al-Murābiṭūn, which in turn translates as inhabitants of the Ribāṭ. A Ribāṭ, however, was a border fortification in early Islamic times that separated the territory of the Dār al-Islām (House of Islam) from the Dār al-Ḥarb (House of War). Later, the term Ribāṭ referred to a Sufi convent, regardless of its actual location. This Almoravid rule, thus religiously based, dominated a territory from Aoudaghost to Saragossa in Andalusia in the early 12th century. And their first capital was... Azougui! From here everything took its origin under Yannu bin Umar. Where there is domination, there is economy. Azougui also became a necessary stopover in the trans-Saharan trade at that time.  The chronicler Al-Bakri reports of a fortress surrounded by 20,000 palm trees. But the happiness of Azougui and the Almoravids did not last long. The dynasty already perished in the middle of the 12th century and was replaced by the Almohads.

From fairytales and ruins

Ruins and archaeological sites, however, can still be found in Azougui today. And the tomb of the important theologian al-Imam al-Hadrami is also still in the city. Coming from Kairouan in Tunisia, he spent most of his life in Azougui, writing political and theological treatises. His tomb, which was "rediscovered" in the second half of the 17th century, was and is the basis of numerous legends. In this way, al-Hadrami has found his way into local folk tales and is still revered. During a visit, one should not miss the impressive rock engravings, which date back to a time long before the Almoravids. As described above, Azougui today is a modest and traditional village. The water supply is provided from Atar. In summer, however, there are many times more inhabitants. Many take the opportunity to spend these months in the countryside. Mauritania is fighting for Azougui to be granted UNESCO World Heritage status, along with Chinguetti, Ouadane, Oualata and Tichitt.

We recommend a stay in Azougui with a possible overnight stay. There are auberges as well as numerous possibilities for a night in the - dreamlike - open air. One could combine Atar with a visit to Azougui or drive from there to Choum. Camel tours and four-wheel-drive experiences are also easily feasible.

Where are petroglyphs located in Azougui?
The petroglyphs are located in the northwest of the village.
What is the significance of Imam Hadrami's tomb today?
Despite its outward modesty, the tomb itself is still a place of pilgrimage for some Muslims today. In a Sufi society like Mauritania's, tombs of religious scholars are of great importance.
How important is Azougui for Mauritanian history?
Beginning with prehistoric rock carvings, Azougui was later important for both the Sanhajah Berbers and the Almoravid dynasty. From here, campaigns against the southern Ghana Empire were planned and executed. Some wall remains of the extensive 11th century fortress still exist today.
How many types of dates are there in Azougui?
More than 10 different date varieties are grown in Azougui.