The term Adrar derives from a Berber language and means mountainous area. Since there are several of these in the Sahara, the precise name of the plateau in central Mauritania is therefore Adrar Tamer. However, both the plateau and the same-named region are nowadays only referred to as Adrar. The maximum elevations in the Adrar reach 700m. In terms of landscape, the region can be compared to the Colorado plateau around the Grand Canyon - that means rugged rocky hills, steep escarpments and rocky slopes, but - of course - a bit more riverless than its US counterpart. Instead of raging rivers, the landscape is characterized by shifting sand dunes. Fascinating ergs (dune areas; from Arab. ʿIrq) can be found southwest of the regional capital Atar (Erg Amatlich), southwest of Zouérat (Erg Maqteir), and east of Chinguetti (Erg Ouarane). And since Adrar is also a region full of versatility, nowhere are as many oases in Mauritania as in the Adrar region - a total of over 2200 hectares. The most famous one is certainly Terjit, 30 km south of Atar, but you shouldn´t miss the way to Mhaireth either, which is east of Terjit, or Entkemkemt near Chinguetti. The Adrar region is home to just over 60,000 people. Because of its natural shelter in the desert, Adrar has historically been of special importance for the area of present-day Mauritania and for trans-Saharan trade. 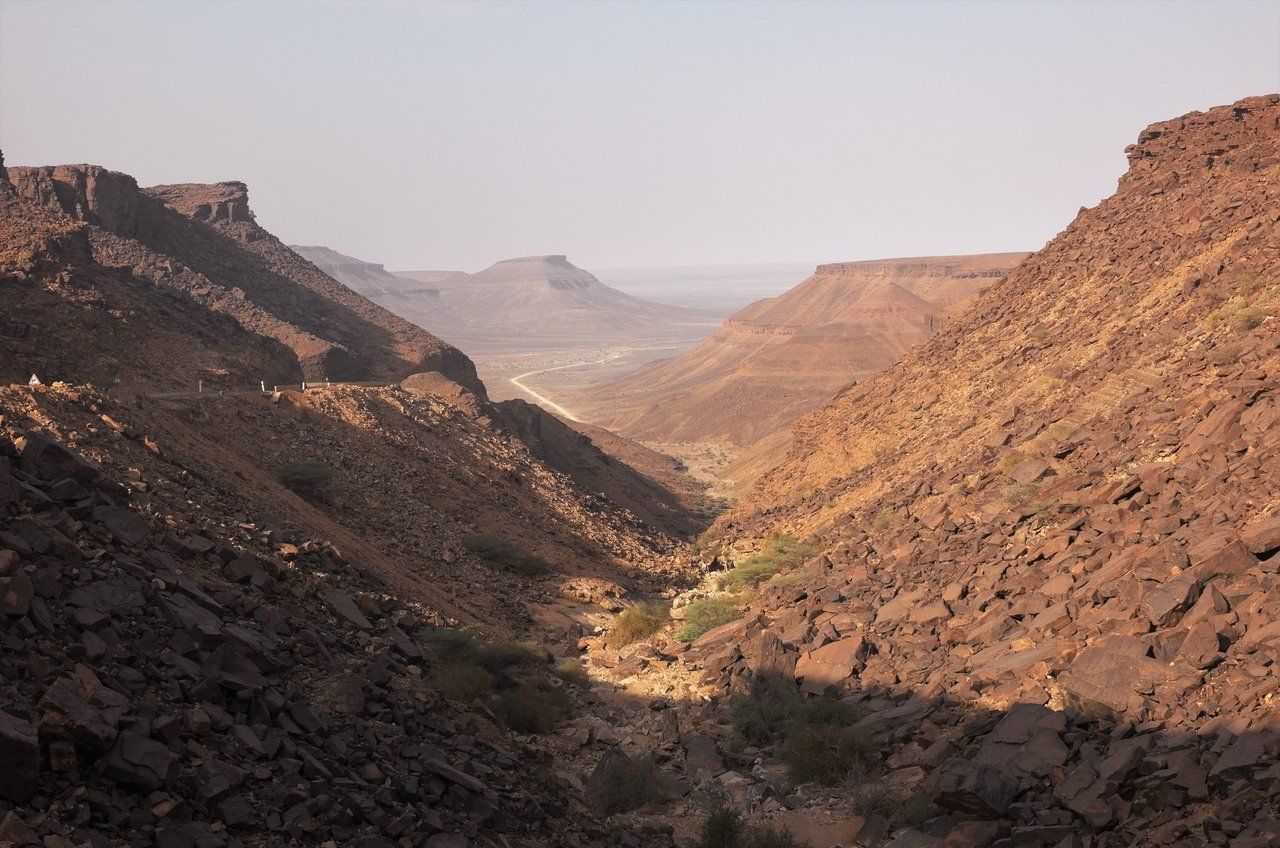 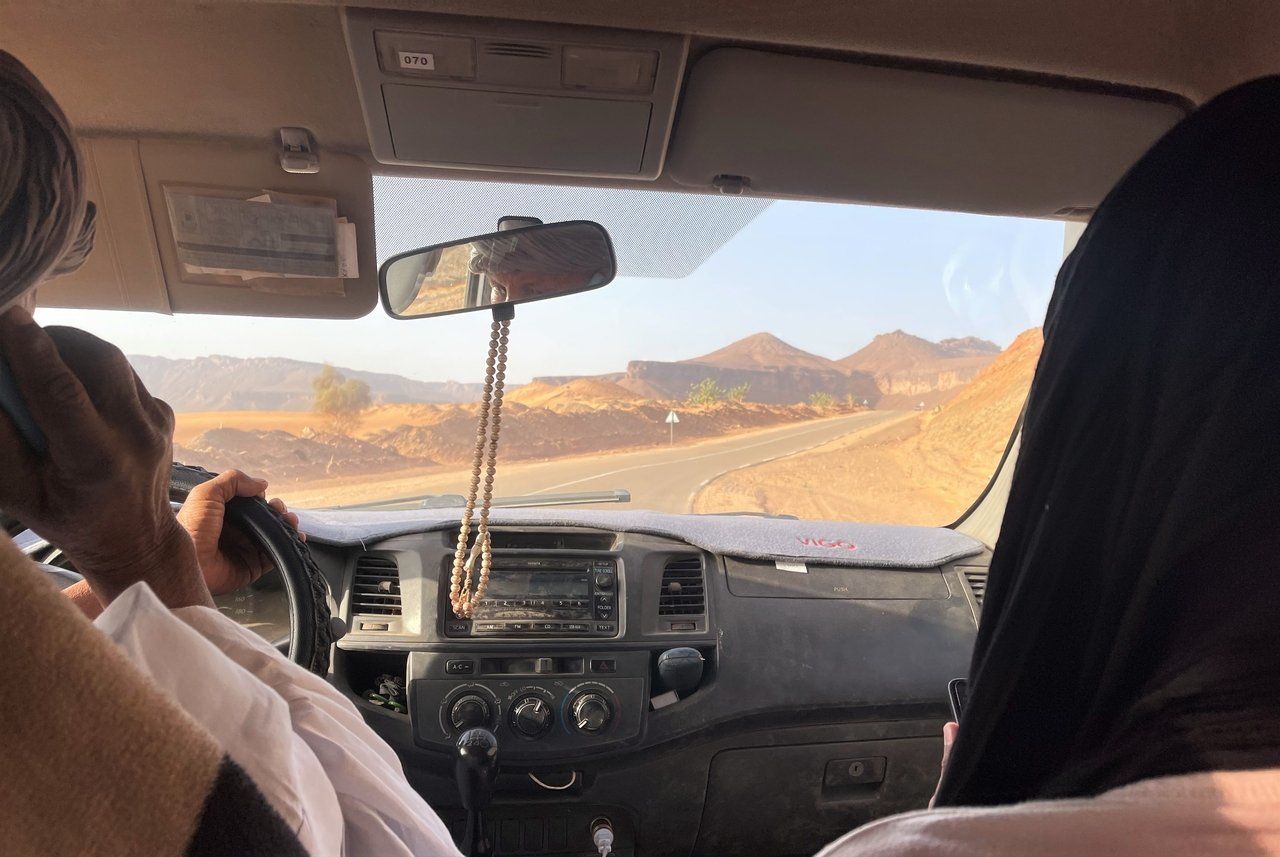 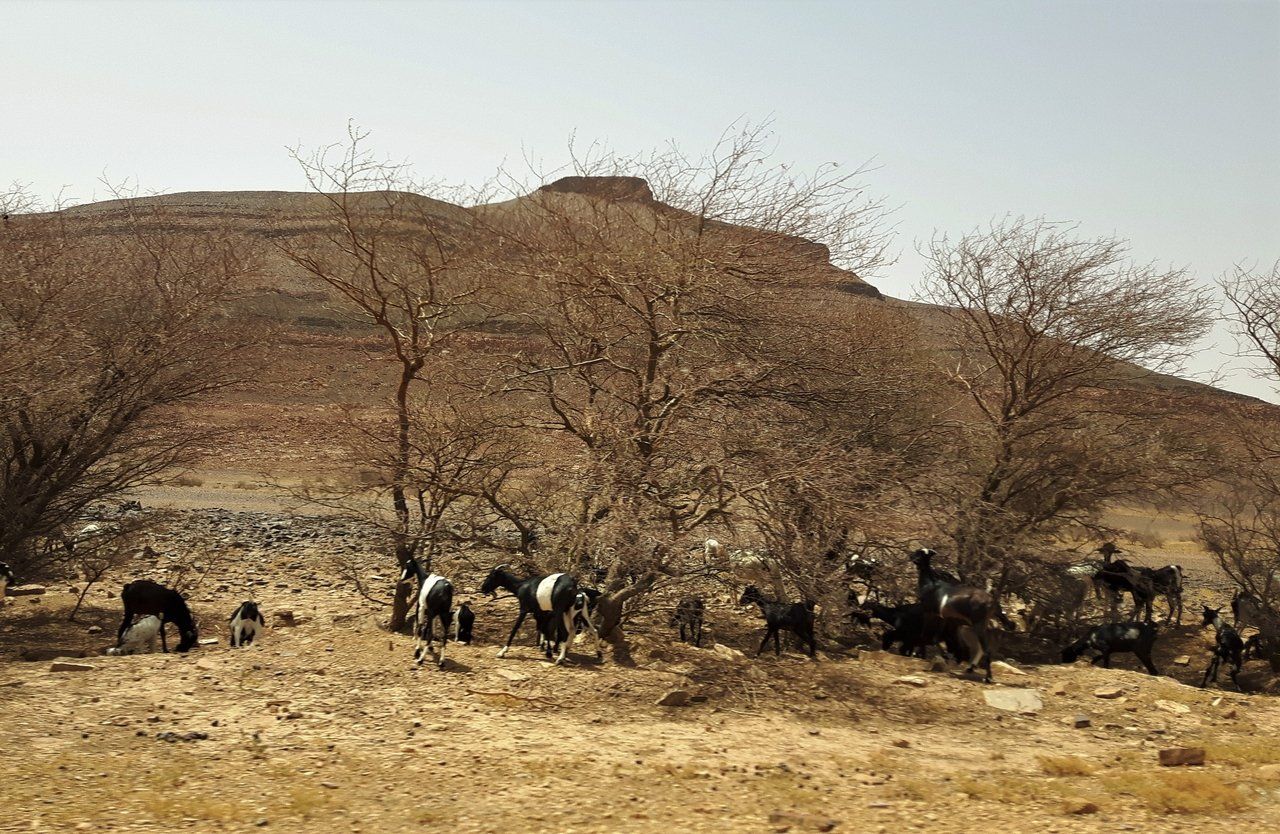 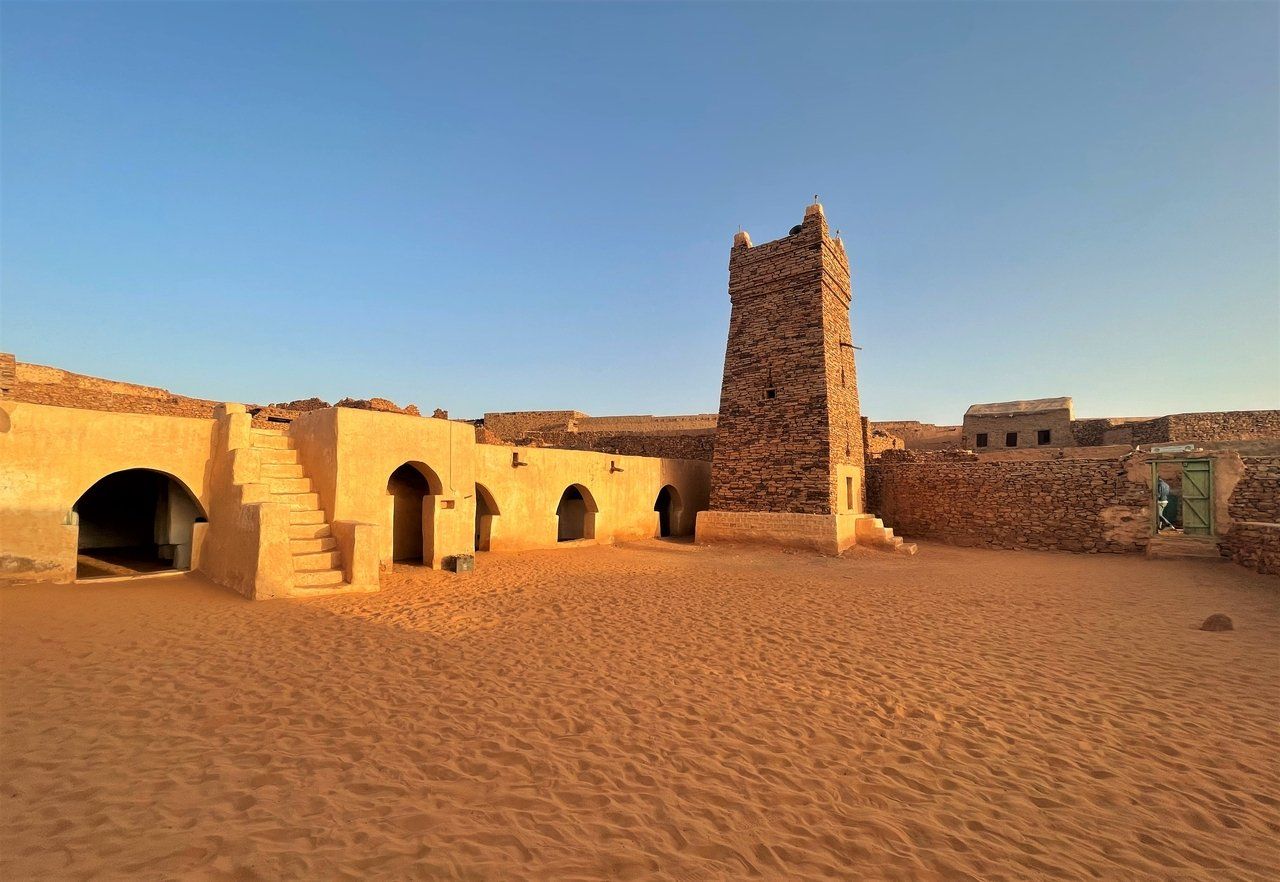 Quick to reach, hard to forget

The ancient cultural landscape gave rise to cities such as Chinguetti and Ouadane, which are not only recognized as Ksour by UNESCO, but are also among the most popular and relatively easy to reach destinations. Those who want to get to know these religious and cultural centers, these bridges between Arab and "black" Africa, have the opportunity to do so in one of our Adrar tours of different scope.

Can I travel to the Adrar region all year round?
The main season is between October and April. However, we offer trips to the Adrar region all year round. Although it is hotter in the summer, there is much less activity on the other hand. So it can happen that in some areas you are the only visitor of the week, sometimes even of the month.
How long does it take to get from Nouakchott to Adrar?
It takes about 5 hours to get from Nouakchott to the regional capital, Atar. Once in the region, the distances to take become much shorter.
What should I definitely see in the Adrar region?
The main sights are definitely the Terjit Oasis and the historic cities of Chinguetti and Ouadane. Also popular with our visitors are the Guilb er Richat, the oasis of Mhaireth and Azougui. A train ride from Choum to Nouadhibou is often the crowning adventurous conclusion.
How long has the region been settled?
The Adrar region has been inhabited since the Neolithic period, as rock carvings prove. Along with Dar Tichitt, the Adrar region is therefore one of the longest settled in all of West Africa.
How spontaneously can tours to the Adrar region be organized?
We are well connected in the Adrar region and could already facilitate numerous stays. Therefore, a visit would be possible even if you are only "passing through" from Morocco to Senegal. A spontaneous realization is no problem.