UNESCO World Heritage Site, camel capital and even an airfield - not bad for a town with 2500 inhabitants. But if you already cover the 200 km sandy track from Tidjikja to Tichit, it should be worth it. The town of Tichit is the heart of the Tagant region, which was settled as Dār Tichit thousands of years ago. Arrowhead and tool finds are not uncommon, often sold regionally. The town of Tichit, in turn, was founded in the twelfth century but, like Tidjikja, had its peak in the 17th century as a hub for date cultivation. Even today, the local palm oases are among the largest in the country. Furthermore, it is the salt extracted from the sand that ensures the survival of the people here. Of interest to visitors, besides the traditional stone houses, is the old mosque in Tichit. Those who visit the city will not be able to avoid a visit to the small charming history museum. Also the local market is - as in every Mauritanian town - the center of activity and a remunerating visit. Tichit is embedded in two of our tours, in which you get to know Mauritania's south. A one-day stay is planned before we continue towards Aoukar Valley and Oualata via Akreijit and the Elephant Rock. In addition to spending the night in a local auberge, we can also pitch our tents outside the city at any time. 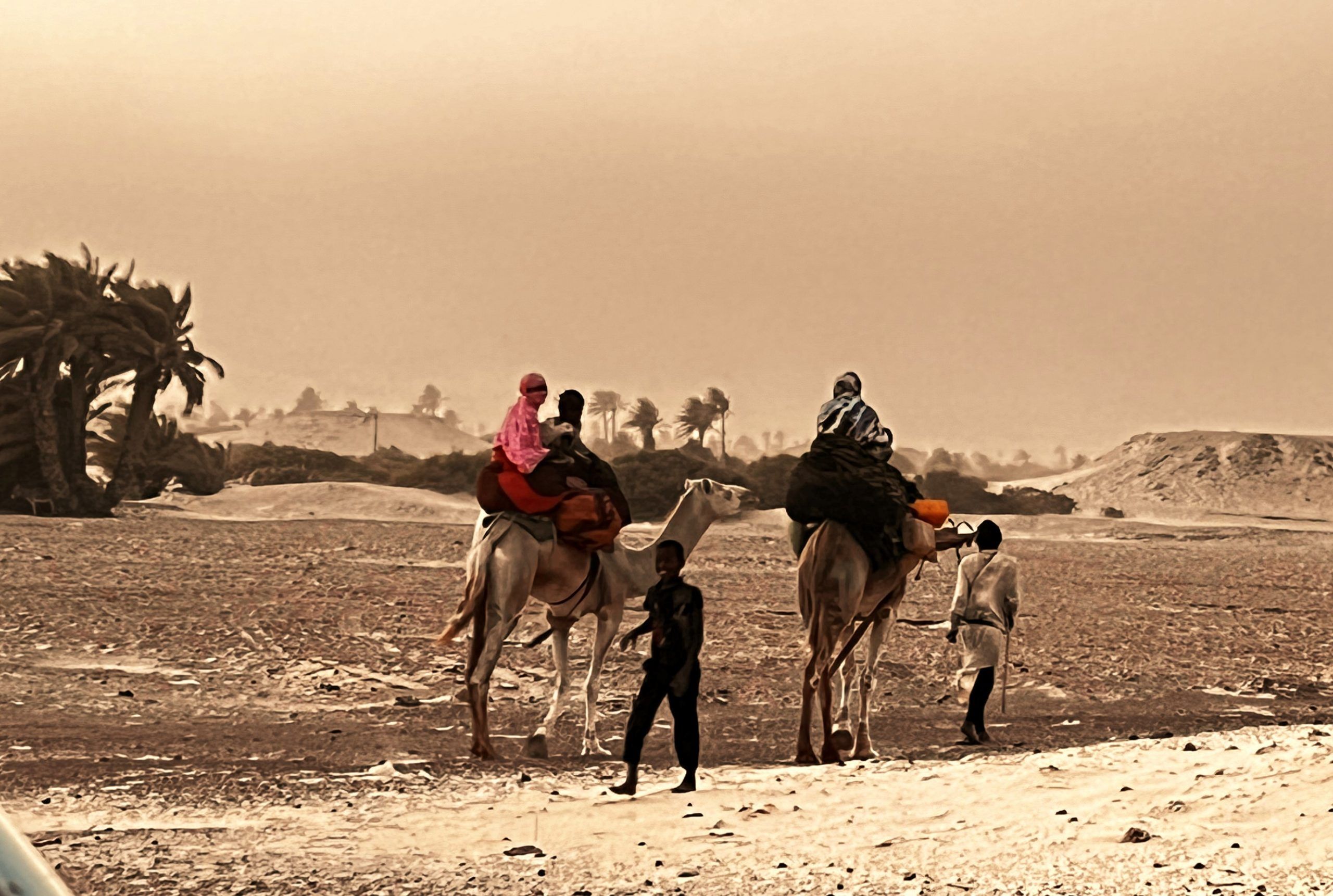 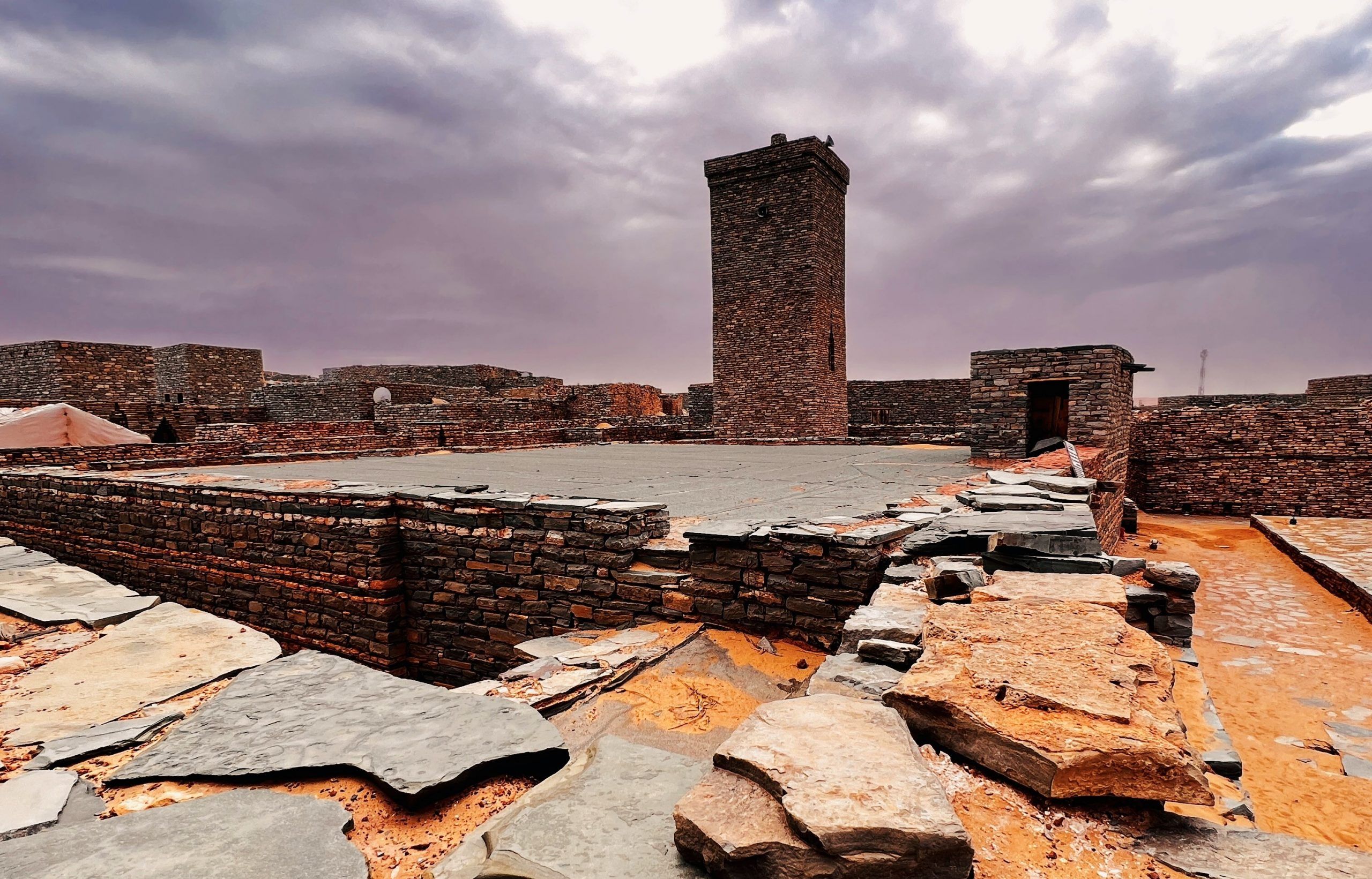 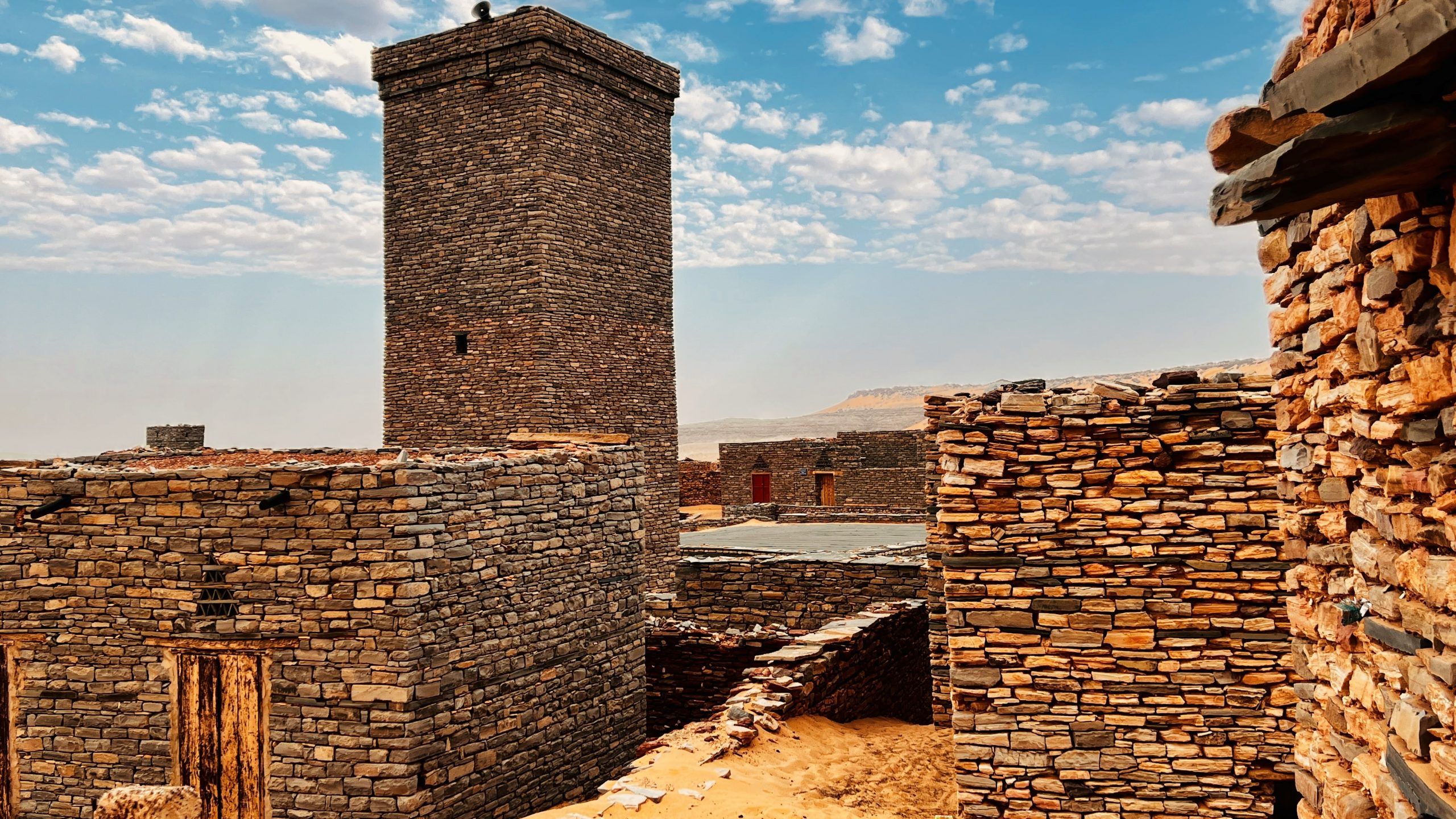 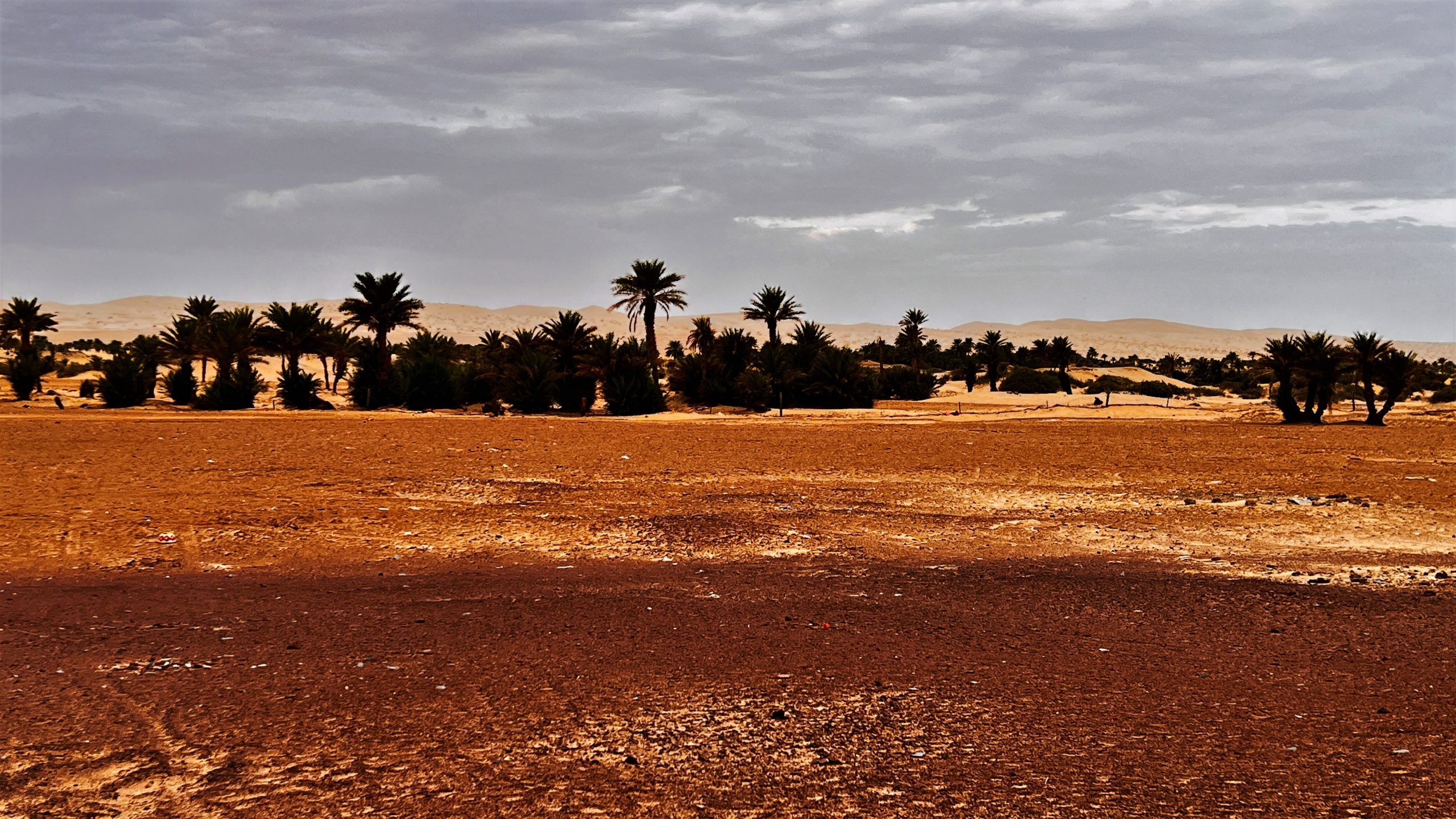 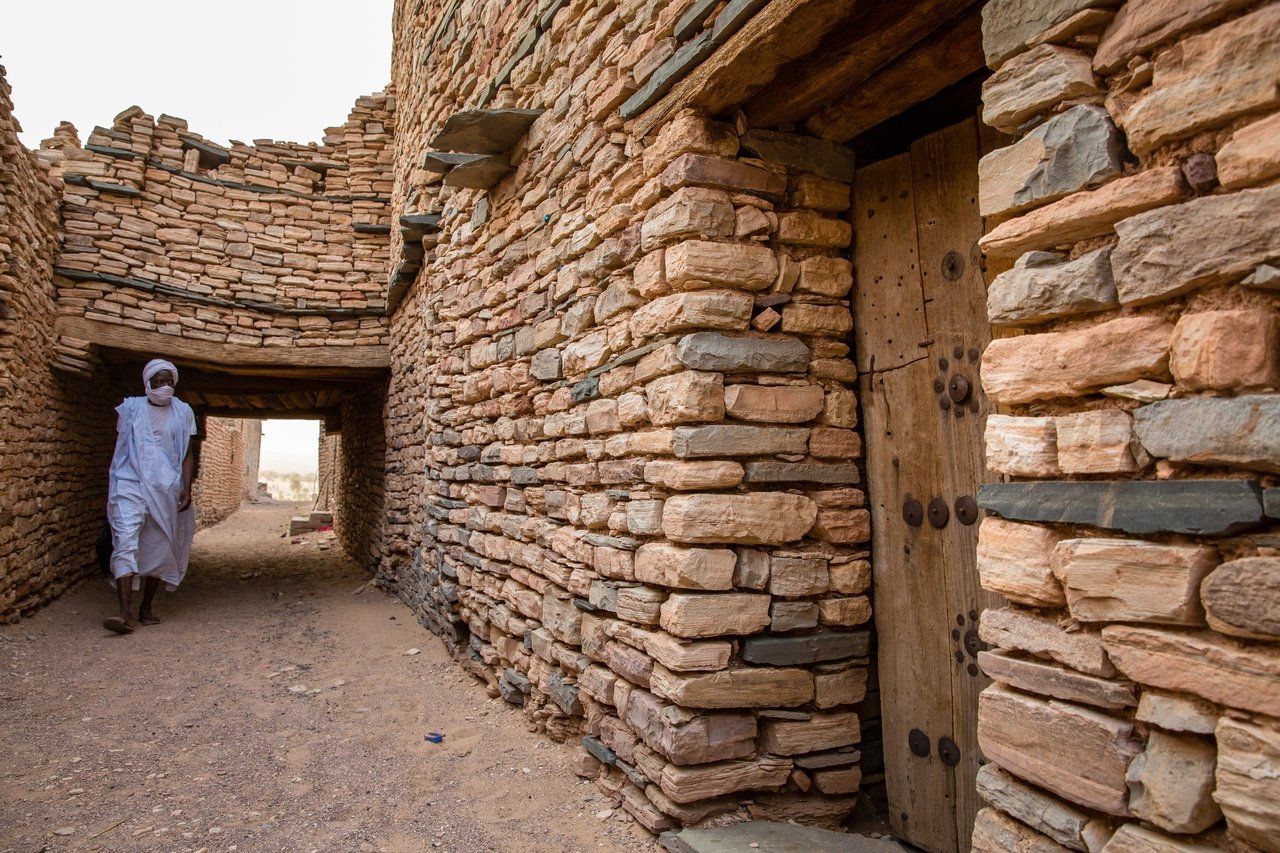 Fishing in the desert

The area around Tichit, the Dār Tichit, represents one of the oldest cultural regions in West Africa. Different phases of settlement have left numerous traces in the region. Although Tidjikja is now the capital of the Tagant region, Tichit is the more interesting of the two cities.

3000 years ago, the Dār Tichit was a populated green landscape on the edge of a huge lake. Neolithic remains attest to livestock, agriculture and even fishing. Millet, rice, sorghum, sweet potatoes and palm fruits could still be harvested in those times. By the time the city of Tichit was founded in the 12th century, however, the lake had long since dried up and the landscape had changed radically. Only the date palms remained and, along with trade and salt mining, provided the basis for the town's economic prosperity.

A treasure sinking in the sand

Tichit experienced its heyday much later than e.g. Oualata only in the 17th century. The impressive residential houses and the local mosque date from this period. Despite its UNESCO recognition, today's Tichit has a serious problem. Where the traditional stone houses are barely visually distinguishable from desert, they are slowly being swallowed up by it. Without outside support, the city, its irreplaceable architecture and history will become sand. The history that began in the Bronze Age could thus come to a slow end. Tourism here, therefore, always represents two things: The opportunity to see a city perhaps for the last time. And the chance to support whole families for honest work. Whether drivers, hostel owners, market vendors, museum curators - more people benefit from even a one-day visit than one would generally assume.

Tichit offers an ideal opportunity to get to know the south of Mauritania. In winter, you even have the chance to meet one of the camel caravans that transports salt to far-flung areas. We recommend a one-day stay in Tichit. Important info for the trip: the local gas station does not always steadily carry gasoline. Here, provisions should be made accordingly in Tidjikja. The above mentioned airfield is located one kilometer southeast of the city center. It has no asphalt runways and is therefore - not surprisingly - not used for scheduled flights.

Why is it worth the trip to Tichitt?
The German newspaper FAZ published a photo essay on Tichitt in July 2020. The impressive pictures in "Wenn die Karawane weiterzieht" show what makes the place and the region so special: A fascinating landscape, the ruins of a medieval town, and the authenticity of the impressions of the lives of the people and their possessions.
Is camel trekking possible in Tichitt?
One could almost ask the counter question: Where, if not here? In the place where there are still salt caravans, camels, local guides and routes worth seeing can be found without problems!
Is there a possibility of 4x4 tours in Tichitt?
Definitely. As a former spot of the Dakar Rally, Tichitt is virtually predestined for this!
Are sufficient measures being taken to preserve the ancient scrolls?
No, unfortunately there is often a lack of funds for this. Only parts of the collection have been digitized, and there is no modern archive that can withstand the weather and drought.
Does the Festival des Cités du Patrimoine also take place in Tichitt?
Yes, the festival takes place every year in turn in each World Heritage Site in Mauritania (Ouadane, Walata, Chinguetti, Tichitt). In December 2022, it will be the turn of Tichitt.