One of the most impressive and at the same time touristically hardly noticed natural places in Mauritania is Lac Rkiz which lies near the 11,000-inhabitant village of Rkiz in the southwest of the country. With a maximum size of 13,000 ha, Lac Rkiz is much larger than its better-known counterpart near Aleg. As with all standing water bodies in Mauritania, the size increases considerably during the rainy season, but Lac Rkiz is additionally fed by the Senegal River. When it rains, the lake can reach a maximum length of 34 km, width of 9 km and depth of 4.3 meters. It is not surprising that Rkiz has also become a home for various species of birds. The inhabitants of the immediate surroundings use it for agriculture and fishing. Unlike the Matmata and Metraucha gueltas, for example, it is not home to West African crocodiles, but to Mecistops, which are found only in the wetlands of the extreme south. It is a good idea to see Lac Rkiz on one of our southern tours. Ideally for a stopover on the way from Boutilimit to Diawling, when we are in the Trarza region anyway. We can also arrange special tours on request, for example Nouakchott - Boutilimit - Aleg - Rkiz - Diawling. You decide where you´re heading. 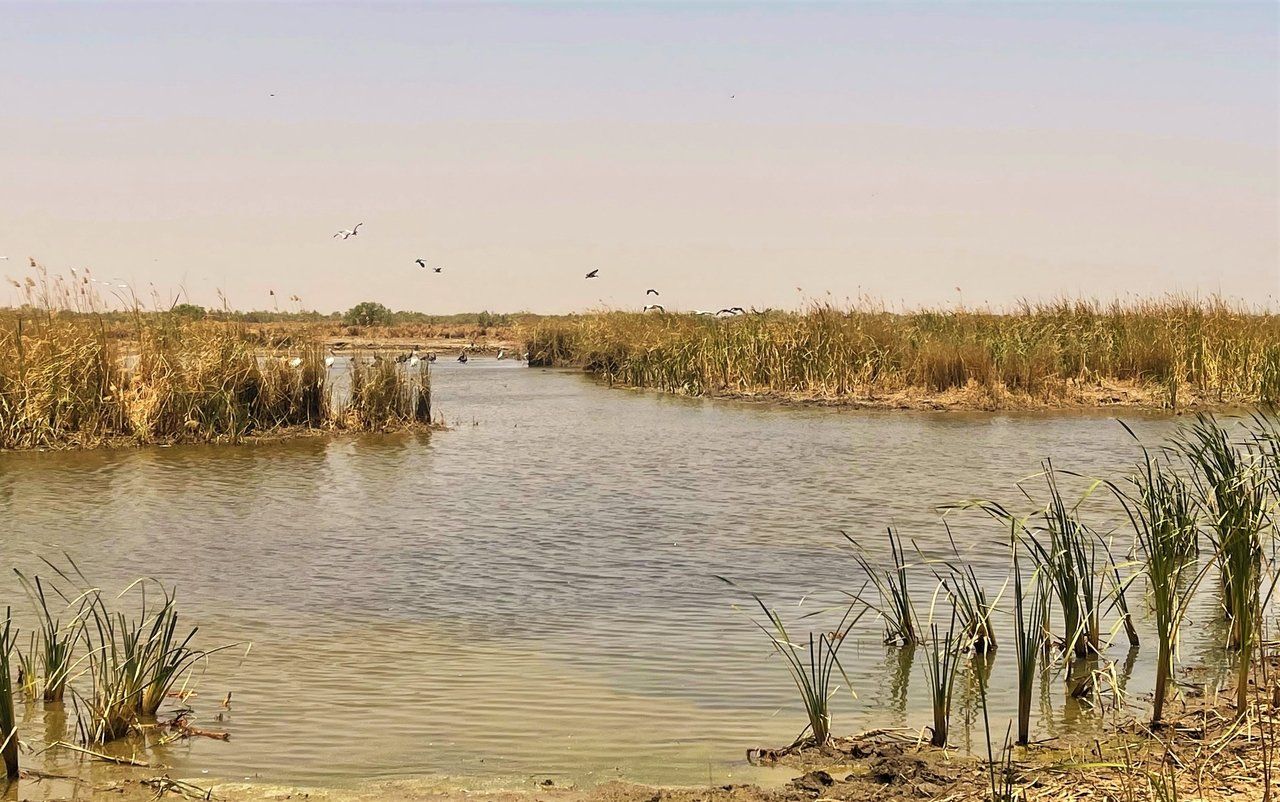 Is it possible to swim in Lac Rkiz?
Mauritanians do, but also carry a lower risk. Since visitors' immune systems are often unfamiliar with local viruses and bacteria, we recommend what the German State Department also recommends: "Consistently refrain from swimming in inland waters." The natural pool of Terjit, on the other hand, fresh from the spring, is not a stagnant body of water and is also used repeatedly by numerous visitors without any incidents that we are aware of.
What is possible at Lac Rkiz?
Boating, picnics, hiking and if you like camel trekking!
Is Lac Rkiz also suitable for a day trip?
With a distance of over 200 km from Nouakchott to Rkiz, we recommend to include at least one overnight stay on site.